Last Updated on November 3, 2021 by Kunthida

Here you will learn 8 basic Spanish words that you will not find in your typical Spanish course, but I hear them used quite frequently in Colombia.

By the way, I checked the online dictionary for the “Real Academia Española” or “RAE” (The Royal Spanish Academy).

The official royal institution responsible for regulating the Spanish language. And these 3 words are in their online dictionary: http://www.rae.es/

How To Say Noise In Spanish

I know that your Spanish books probably only taught you one word for noise and that word is “ruido.” But in Latin America, the word “bulla” is commonly used when referring to noise, racket, ruckus, etc.

Last night I could not sleep because the neighbors had a party and the noise lasted until early morning.

In Medellin, Colombia, I often hear the question, “¿Mucha rumba?”

¿Mucha rumba?” means “have you been partying?”

In Medellin, besides the verb “rumbear,” people also use the verb “farrear” in order to say “to party.”

¿Mucha farra?”
¿Mucha fiesta?”
Have you been partying?

Sí, estuve de farra toda la noche con mis amigos.
Yes, I was out partying all night with my friends.

Although, the verb “farrear” is in RAE’s online dictionary, you are more likely to hear the verb “rumbear” instead of “farrear” in most parts of Latin America.

This Spanish lesson is courtesy of  Patrick Jackson – Find more at

Learn here some basic Spanish words and their use to avoid bad mistakes when you speak the Spanish language in South America.

A few weeks ago, I finally got around to taking my Salsa classes again here in Medellin, Colombia.

There is an American in my Salsa class.  I have heard him make several mistakes in  Spanish. I won’t say his name because he told me that he has subscribed to my email list.

Here are some of the mistakes that I  have heard him make:

Using “viejo” when he should use “mayor.”

Using “joven” when he should use “menor.”

Using “moverse” when he should use “mudarse.”

Corrección: Ella va a mudarse este fin de semana. (She is going to move this weekend.)

“Moverse” is used when you are talking  about the change of one’s body position  from one position to another.

(While we are  sleeping we move many times without  realizing it.)

Using “moverse” when he should use “correrse.”

A propósito (by the way), if you are  playing a game of “ajedrez” (chess)  or “damas” (checkers) and you want  to say “your move” then you could say:

I picked up a new Spanish word today. The last time that I was in the States I was practicing “jiu-jistu brasileño” (Brazilian ) which I also practice here in Medellin, Colombia. 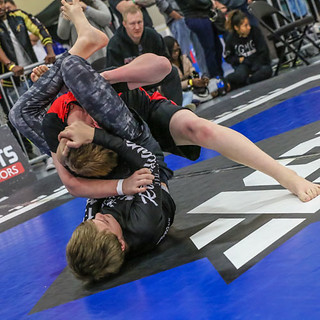 And while in the States, I somehow caught a nasty case of ringworm.

I know you usually only hear about children getting infected with ringworm. But it is a very common infection among practitioners of “jiu-jistu brasileño,” “lucha” (wrestling), and “artes marciales mixtas” (MMA/mixed martial arts).

I don’t know if I got it from fighting on a dirty “colchoneta” (mat) or if while wrestling I came in direct contact with someone who had ringworm.

Many people who practice any of the above sports consider ringworm an “insignia de honor” (badge of honor). But I consider it a very annoying infection.

So when I returned to Colombia, I went to the “farmacia” (pharmacy) for a “pomada” (ointment) or “crema” (cream).

But before I went to the “farmacia” (pharmacy) I went online to find the Spanish word for ringworm.

According to WordReference.com, the Spanish word for “ringworm” is “tiña” — which is a new word for me. But no one in the “farmacia” here in Medellin was familiar with the word “tiña.”

When I described the infection, I was told in the “farmacia” that the word to use is “hongos.”

The Spanish word “hongos” literally means fungus or mushrooms. By the way, when I first moved to Colombia in 2007 and I lived in a coastal city (Barranquilla), I had a case of athlete’s foot.

I went online and found that the Spanish word or phrase for athlete’s foot is “pie de atleta.”

But when I went to a “farmacia” with a Colombian friend and I asked for “una crema para pie de atleta,” my Colombian friend interrupted and said “hongos de los pies” — which literally means “fungus of the feet.”

So in Colombia, if by chance you get a case of ringworm or athlete’s foot, you will not want to use the terms “tiña” and “pie de atleta.”

Instead, you will want to use the words “hongos” and “hongos de los pies,” respectively.