I prefer to publish lessons that cover common Spanish words about life and  other cheerful things.

But since death  and dying are two things that are  certain in life (and most Spanish courses  do not cover such vocabulary), at the risk  of sounding “mórbido” (morbid) I thought  that I should include the Spanish  vocabulary words that I have heard used  in Latin America that cover this topic.

Yes, it is the same word in both  English and Spanish:

Esta es una foto de mi difunta esposa, de cuando  éramos novios.
This is a picture of my late wife from when we  were engaged.

El cáncer que ella tiene está muy avanzado y,  según el médico, podría fallecer en cualquier  momento.
The cancer that she has is very advanced and, according to the doctor, she can pass away at  any moment.

One thing that I found strange about Colombia is that when a family is very “pobre” (poor) it is not unheard of for the family to have a “velorio”  (wake) in one’s home. I have an “amiga” from a “pueblito” (small town) in Colombia. I visited her “pueblito” with her once and she attended a “velorio” (wake) while I was there.

And she said that the “velorio” took place in a person’s home because the deceased did not have “seguro”  (insurance) or “plata” (money) to pay a “funeraria”  (funeral parlor).

However, she did say that sometimes  “velorios” take place in “iglesias” (churches). By the way, in Colombia they use the word  “plata” instead of “dinero” in order to say money.

This Spanish lesson about some common Spanish words & phrases is 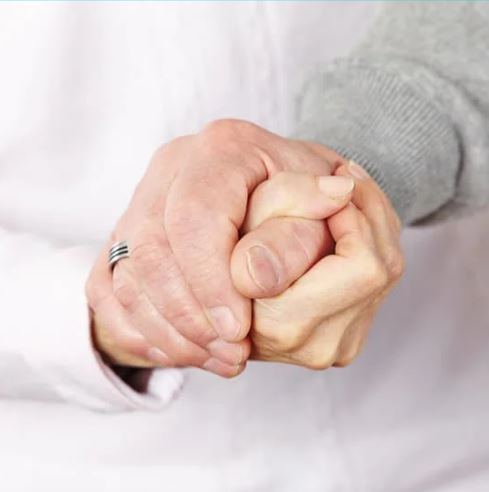 What are the most common Spanish words to say when someone dies?

I know this is not the most pleasant topic to talk about, but a time may come when you need to know how to express condolences in Spanish.

In fact, I once received an email from a customer who wrote:

“Hola Patrick,
My next door neighbor’s grandfather passed away last night. My next door neighbor and his family are from Mexico and they know that I am trying to learn Spanish so we always only speak to each other in Spanish. How would I say ‘accept my condolences’in Spanish? I have a ton of learning-Spanish books but not one of them teaches this useful phrase.”

Most Common Spanish Words to say “Accept My Condolences…

There are a couple of ways to say “accept my condolences” in Spanish if speaking directly to the person who suffered the loss in his or her family.  You can say:

“Mi más sentido pésame” sounds somewhat formal. If you prefer to sound a little less formal you can just say:

If you are not speaking directly to the person who suffered the loss in his or her family and wants to say “give him/her my condolences” you can say: 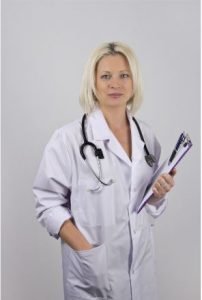 A couple of weeks ago, here in Medellin, Colombia, a friend came to visit me from the States and I heard him make a mistake with Spanish that I never heard anyone make before.

This short lesson is courtesy of Patrick Jackson – LearningSpanishLikeCrazy

But I would imagine that many people make the same mistake because the words are so easy to confuse.

Let’s say my friend’s name is Mike (not his real name). One evening, I introduced Mike to a Colombian friend. At first he was doing very well with his Spanish. He asked her in Spanish where did she work. She responded that she worked in a hospital and he understood her. Then I heard him ask her:

Why this is a common Spanish mistake?

First of all: do you recognize the common Spanish mistake that Mike made?

He should have asked her:

While we are on the topic of medicine, here are a couple of useful words that I have heard used in Latin America:

Ella prefiere que la pinchen con una aguja a tragar esa pastilla.
She’d rather they stick a needle in her than have to swallow one of those pills.