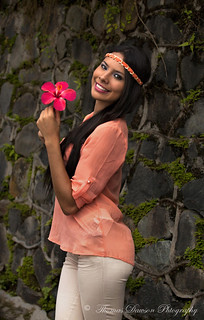 When speaking Spanish there are 3 common mistakes that I want to warn you about.

These are 3 mistakes that I frequently made not only as a beginner-level Spanish language learner but also on the intermediate level.

I really didn’t stop making these 3 mistakes until I was on the advanced level. The 3 mistakes are:

1. Using the Spanish adverb “abajo” (under) when you should be using the preposition “debajo de” (under) and vice versa.

2. Using the Spanish adverb “adentro” (inside) when you should be using the preposition “dentro de” (inside) and vice versa.

3. Using the Spanish adverb “afuera” (outside) when you should be using the preposition “fuera de” (outside) and vice versa.

It is quite understandable why a native English speaker would continuously make this mistake in Spanish. That’s because in English – unlike in Spanish – we use the same word for both the preposition and the adverb for the following:

a. under
b. inside
c. outside

But in this case, in Spanish, the prepositions and the adverbs are completely different words (the first word is the proposition, the second the adverb).

a. debajo de vs. abajo
b. dentro de vs. adentro
c. fuera de vs. afuera

A crash course in English 101 is beyond the scope of this email, but you may recall that prepositions must be followed by nouns or pronouns and that adverbs are placed at the end of a sentence.

La pelota está debajo del sillón.  –  The ball is under the armchair.

El pajarito está dentro de la jaula.  –  The birdie is inside the cage.

El pajarito está adentro.  –  The birdie is inside.

El ladrón está fuera del edificio.  –  The burglar is outside of the building.

El ladrón está afuera.  –  The burglar is outside.

If you are passionate about literature and poetry (or music!) you can really use these passions to learn Spanish through poetry & the works of famous writers. In this post, we offer you even more: combine the pleasure that literature…

This Speaking Spanish lesson is courtesy of  Patrick Jackson – LearningSpanishLikeCrazy