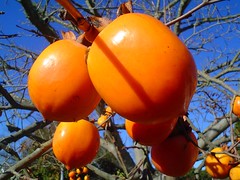 Here are the Spanish colors adjectives and their different rules and meanings:

In English, the word orange can signify both a color and a fruit, as well as the flavor of that fruit.

Frequently, we describe other, less basic colors in terms of well-known objects of the same color: chestnut, violet, aquamarine, etc.

In Spanish, the tendency to name colors for other objects is even more common, and the grammar rules for these object-adjectives are different than for other adjectives.

The following Spanish color words have no meaning* other than the colors for which they are named:

Like other adjectives, the Spanish colors adjectives follow and agree with the nouns they modify (see Adjectives Part I).

However, colors may be modified by additional adjectives, like navy blue, light green, dark red or bright yellow.

When this happens, the color adjective becomes invariable—it does not change to agree with the noun.

* Except for blanco and negro, which also refer to race. Refer to Cultural Notes at the end of this lesson.

Our rainbow isn’t finished yet. The following color words are derived from flowers, fruits or minerals, and they follow slightly different rules:

* Naranja is used in many places to denote the color as well as the fruit. When using this form, the rules below apply. When using anaranjado, follow the regular rules for color adjectives.

The variations of the de color de expression do not significantly alter the meaning (the difference is so subtle that I used parentheses to show that the translation provided is very loose and approximate.)

Flores rosa is far less poetic and would be generally translated as “pink flowers” without reference to roses—except for the fact that rosa does not change to agree with flores.

Whereas in English it is necessary to specify “the Black woman” or “the white man,” in Spanish it is sufficient to say la negra or el blanco.

Los blancos or los negros refer to the entire race, or to a specific group of whites or Blacks within a community or other specific situation.

Neither phrase is considered derogatory in Spanish.

It is important to note that the racial make-up of Spanish speaking countries is very different from that of the United States.

In the States, we consider white/Caucasian, Black and Latino/Hispanic to be three individual races.

In Spanish speaking countries, the tendency is to consider everyone (all mixed descendents of natives, Spaniards and, depending on the area, African slaves and/or European immigrants) a member of the same race, which they call la raza.

This lesson about Spanish colors adjectives is courtesy of  LearningSpanishLikeCrazy

Color variations within the race are expressed using color words, with many people characterized as morenos, dark-skinned with dark eyes and dark hair.

Blanco (or the gentler blanquito) may refer to an unusually pale Latino, or to an actual Caucasian immigrant or visitor.

(Rubio, though usually translated as “blond,” more often refers to any individual whose natural hair color is lighter than dark brown.)

Negro (often negrito in polite conversation) may refer to an unusually dark Latino or to any individual of African descent.

In many countries, like Peru and Mexico, indigenous groups still thrive, and these individuals (even in mixed families) are referred to by their proper names (like Maya or Quechua) or else, more commonly, as indios (literally “Indians”).

All of the following phrases were used in today’s lesson, but were not specifically translated!

Using the color words you have learned, write the Spanish phrase from the lesson next to its English translation.

Express the following in English:

10) a dark-skinned Latina girl or woman – It is also common to hear Latinos in the U.S. use this term to refer a Black or African American woman.This is why the word moreno/morena is making its way into the English-speaking world!