Learn here some of the most common Spanish phrases to express desires, wants, cravings.

Moreover discover which Spanish course you should follow online…

No veo la hora de mudarme.
I can’t wait to move [as in to a different home, house, apartment, etc.].

No veo la hora de que llegues.
I can’t wait for you to arrive.

But instead of using the expression “no ver la hora,” you can also literally translate and say the following:

No puedo esperar a mudarme.
I can’t wait to move.

Ella no puede esperar a ver a su marido.
She cannot wait to see her husband.

No puedo esperar a que llegues.
I can’t wait for you to arrive.

Depending on the situation, I sometimes prefer to use “no ver la hora” instead of “no poder esperar.”

For example, I have been in the States for nearly two weeks now visiting family. When I texted my “novia” (girlfriend) in Medellin, Colombia today I wrote:

No veo la hora de besarte.
(I can’t wait to kiss you).

3. Tener antojo – to have a craving

Tengo antojos de chocolate.
I have a craving for chocolate.

Ella tiene antojos de cosas dulces.
She has a craving for sweet things.

By the way, earlier today when I sent my “novia” in Colombia a text message saying “no veo la hora de besarte,” (I can’t wait tokiss you),” she responded by texting “Tengo antojo de un beso tuyo” — which means “I have a craving for your kiss.” 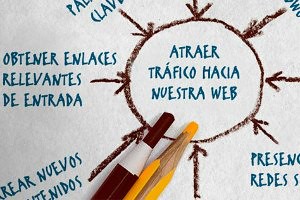 One of the most useful Spanish phrases is “ponerse al día”.

See below the many examples of different contexts where you might use this very important expression that mainly means “to get updated”, ” to catch up”.

Tengo que ponerme al día de trabajo.
I need to get up to date with work (because you are behind).

Tengo que ponerme al día con las noticias, llevo mucho tiempo fuera.
I need to get up to date with the news, I’ve been away for ages.

Mamá debe ponerse al día con muchos casos.
Your mom’s got a lot of cases to catch up on.

Hay tantas cosas para ponerse al día.
So many things to catch up on.

Debe ser agradable verse y ponerse al día.
Must be nice to see each other again and just catch up.

Tengo que ponerme al día con el inglés
I need to get back to where I was with my English/study more and get my English going again.

No, así pueden ponerse al día.
No, you could just catch up.

Sería estupendo para ponerse al día.
It would be so great to catch up.

Supongo que querrán ponerse al día.
I guess you two can catch up.

Puede ponerse al día cuando llegue aquí.
He can get updated when he gets here.

Learn to Speak the Real Spanish!

2 Spanish Phrases to Understand: “Do you have a dream?” and “Are you sleepy?” 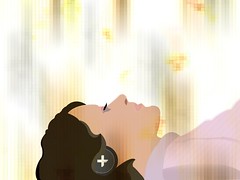 When somebody makes an English to Spanish translation, there’s a common mistake that I want to tell you about.

It is a beginner mistake that I heard someone  make over the weekend.

It can make the  difference between saying “I am sleepy” and “I have a dream.”

Medellin is a city that is known for its  nightlife. Over the weekend I went to  “un bar” (a bar) with some American friends  and some Colombian friends.

After a few drinks,  we discussed going to a “discoteca” (night  club). But one of my Colombian friends named Andrés said — in English — “I am tired.”

An American friend name Michael who wanted to show the Colombians that he can speak  Spanish as well as they can speak English  then asked Andrés:

Well, I don’t think Michael really  want to know about the career aspirations  of Andres. I think what he really wanted  to ask Andrés was “Are you sleepy?” —  since Andrés just finished saying  that he was tired.

However, if you want to ask someone  “Are you sleepy?” this is how you ask:

But if you want to ask someone “Do you  have a dream?” this is how you ask:

I wanted to share this with you so  that you never make the mistake  of asking someone “are you sleepy?”  when you really want to ask “do you  have a dream?” or vice versa.

This post about the English to Spanish translation of  “Do you have a dream?” and “Are you sleepy?” is courtesy of  Patrick Jackson LearningSpanishLikeCrazy 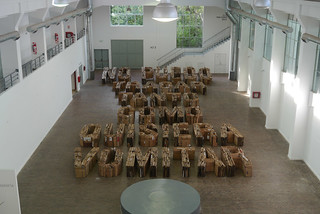 Are you ready to learn some basic Spanish phrases? OK!

I am still in central Florida assisting a “tía” (aunt) move into an “hogar de ancianos” (retirement home).

I can’t wait to get back home to Colombia. Extraño Medellín mucho (I miss Medellin a lot).

When I called my “amiga” about paying the utilities, I noticed that I used 3 words that I did not learn when I was studying Spanish and still living in the States.

But I learned these words after relocating to Latin America — and I find them to be very useful:

1. Anotar – jot down, write down quickly

Let me jot down her address and phone number and I will contact her as soon as I can.

Te enviaré el giro mañana.
I will send you the bank transfer tomorrow.

Te van a cortar los servicios.
They are going to cut-off your utilities.

Basic Spanish Phrases & Words for Talking about the Bank

The Making of a Common Mistake in Spanish

Here’s the story of a very common mistake in Spanish…

Today was a long and tiring day.

I was going to go to bed as soon as I got home but I heard an English speaker make a common mistake in Spanish this afternoon at the gym where I work-out here in Medellin, Colombia.

You have to know it just to make sure that you never make the same common mistake in Spanish.

I don’t recall the English speaker’s name. But from his accent, I can tell that he is from New Zealand or Australia. Let’s just say that his name is Fred.

You hardly if ever see him on an exercise machine or lifting weights. It seems like he only goes to the gym to drink protein shakes and talk to the cute girl behind the refreshment stand.

Well this afternoon while Fred was at the refreshment stand in the gym, a Colombian guy asked Fred a question in English:

What happened to the girl who used to work here?

This is a very common mistake in Spanish! Fred was trying to say “she gave birth to twins.”

And “nacimiento” does mean birth.

But “ella dio nacimiento gemelos” is not how you say “she gave birth to twins.” Do you know why? Because in Spanish one does not give birth. Well, at least not linguistically.

In Spanish, one “gives light” (dar a luz). So Fred should have said:

“Ella dio a luz gemelos”  (she gave birth to twins.) 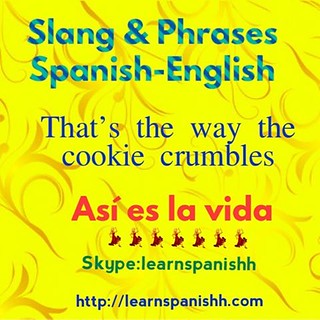 Knowing some common Spanish phrases with idioms  is a plus when speaking the language. Even if you’re a beginner you can learn them!

Here are some examples of Spanish “dichos” (idioms/sayings) that we you will find useful:

Mi tío no está bien; parece que perdió la chaveta.
(My uncle is not well; it seems he lost his marbles.)

2. Ser un perro viejo (to have experience in something, to be an old hand, literally, “to be an old dog”)

3. Meter la pata (to ruin an opportunity, to blow it)

Mi novia era buena conmigo y yo metí la pata.
(My girlfriend used to be nice to me and I blew it.)

Here are 3 important Spanish verbs that you have to know:

Voy a demandar a la empresa donde trabajaba porque no me pagaron el dinero que me debían.
I am going to sue the company where I used to work because they didn’t pay me the money that they owed me.

2. The Spanish verb “avisar” may look a lot like the English verb “advise.” But “avisar” doesn’t mean “to advise.” “Avisar” means “to inform.”

Anoche te llamé pero tu no contestaste.
Last night, I called you but you did not answer.